THEM – a place of sex education

The subject of my research was the place for sexual education and the complexity of the problem of its lack in social life. It was created as an attempt to create a place that would affect the general lack of understanding, respect and awareness, which often remain a source of deepening discrimination.

The theme of sexuality has been developed with a feminist character, which can additionally emphasize the role of women in society, with the aim of mitigating the still prevailing inequalities and making people aware of the important role women play in social life. The main assumption while designing was inclusiveness, and the body turned out to be the most natural motive for the interior. The project was created in an existing villa, which, despite falling into disrepair, delights with its interior and exterior. Today, it remains a testimony of time and oblivion, and its interiors delight despite the destruction. This became the foundation for interior architecture. Inspiration: Alicja Brodowicz – Visual Exercises. A Series of Diptychs (2018) Angelica Daas – HUMANAE. 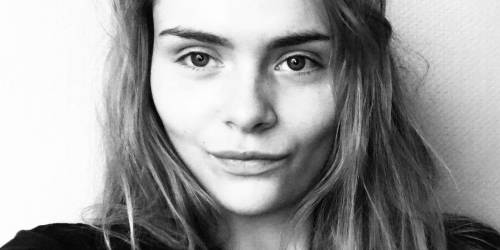 A graduate of interior design in Gdańsk Academy of Fine Arts. Interior design is her greatest passion.  She tries to approach each interior responsibly, realizing that her actions they will create someone's memories in the future. In in interiors, she is most interested in subtle details, which create unique places.